A stellar example of Cleveland Naps Hall of Fame second baseman and manager Nap Lajoie featuring the Tolstoi advertising reverse (ranked 18 of 39 in terms of scarcity according to T206 Resource). 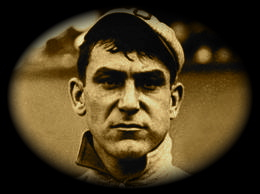 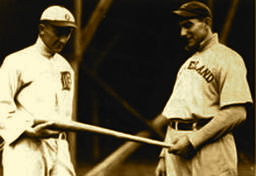