A solid example of Philadelphia Phillies Outfielder John Titus, who holds the distinction of being the only player featured in the T206 set to sport a mustache. The card features the Carolina Brights advertising reverse (Ranked 11 of 39 in terms of scarcity according to T206 Resource).

“Silent John” Titus, nicknamed for his quiet demeanor, was a good, steady, dependable player for both the Phillies and the Braves. With an uncanny eye for taking pitches, he sometimes stood at the plate and just pulled in his stomach without moving at an inside pitch. However, he ranks 74th on the all-time hit-by-pitch list. Over 11 major league seasons, Titus was hit a total of 94 times, and in 1909 he led the league when he was hit 16 times. Both a good hitter and fielder, he had several .300-plus seasons, and in 1912 he batted .325 for the Braves. His trademark was the toothpick he always had in his mouth, even when he was batting. After his MLB days, Titus played for the Kansas City Blues in the American Association, batting .311 between the 1914 and 1915 seasons. He retired from the game when he was 39 years old. 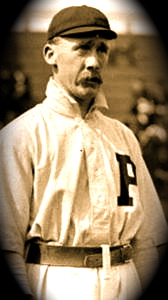 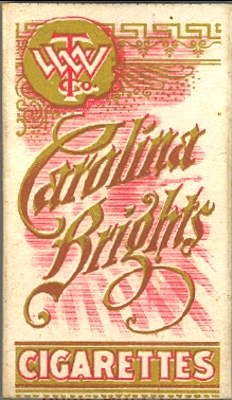