A extremely well preserved example of Chicago Cubs Pitcher Ed Reulbach. The card features the Piedmont 150 advertising reverse (Ranked 35 of 39 in terms of scarcity according to T206 Resource). Despite an obvious centering issue, the card maintains many amazing features, including wonderful colors and sharp corners. In in the interest of discretion, please note that the card formerly resided in an SGC 5 EX holder.

“Big Ed” Reulbach played basketball and football for Notre Dame in addition to starring as captain of their baseball team.  After joining the Cubs, he went 60–15 on the mound from 1906 to 1909, leading the National League in winning percentage all three seasons. His eyesight was so poor that his catchers painted their gloves white so that he could see them. Despite that, the 6-foot 1-inch right-hander went 182–106 over his 13-year career. He is still the only pitcher in MLB history to pitch 2 complete game shutouts in a doubleheader, played against the Dodgers on September 26, 1908. Reulbach owns one of only five 1-hit games thrown in the World Series, turning the trick for the Cubs against the White Sox, their crosstown rivals, in Game 2 in 1906. He died in 1961, the last living member of the 1908 World Series champion Cubs team. 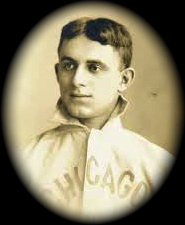 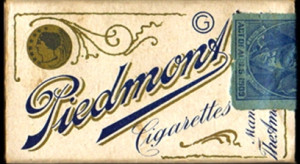