A well loved but pleasing example of slick fielding Hall of Fame shortstop Bobby Wallace. The card features the Brown Hindu advertising reverse (ranked 14 of 39 in terms of scarcity according to T206 Resource).

Bobby Wallace was the first great defensive shortstop in baseball, and perhaps the first player to field his way into the Hall of Fame. He redefined infield play by refining the process of fielding and throwing a grounder, diminishing the role of the infield hit in the early game. In 1902, after the AL Browns lured him away from the NL Cardinals for a 5-year contract worth a staggering (for the times) $32,000, Wallace fielded 17 chances in a game—still the American League record today. He became the player/manager for the Browns for two seasons, going 57–134. After retiring, Wallace played and managed in the minors for 2 years, umpired in the American League for 2 years, then managed the Reds for 25 games, going 5–20. Bobby Wallace was inducted into the Hall of Fame in 1953. 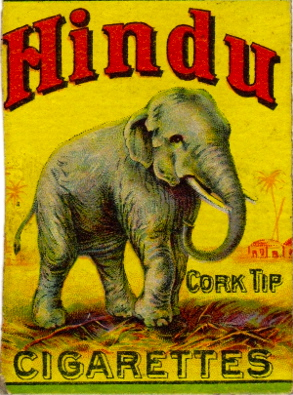